Both a residential area and a tourist one the suburb of Lapad is located about 3 kilometres northwest of the Old City. Lapad has some great beaches and the Bay of Lapad is a deep cove that is a magnet for sunbathers and swimmers. And the Lapad promenade, which leads down to the bay, has many café bars, restaurants and hotels. One of the leafy suburbs of Dubrovnik is has a local feel and is a popular destination for families, mainly due to the amenities and parks 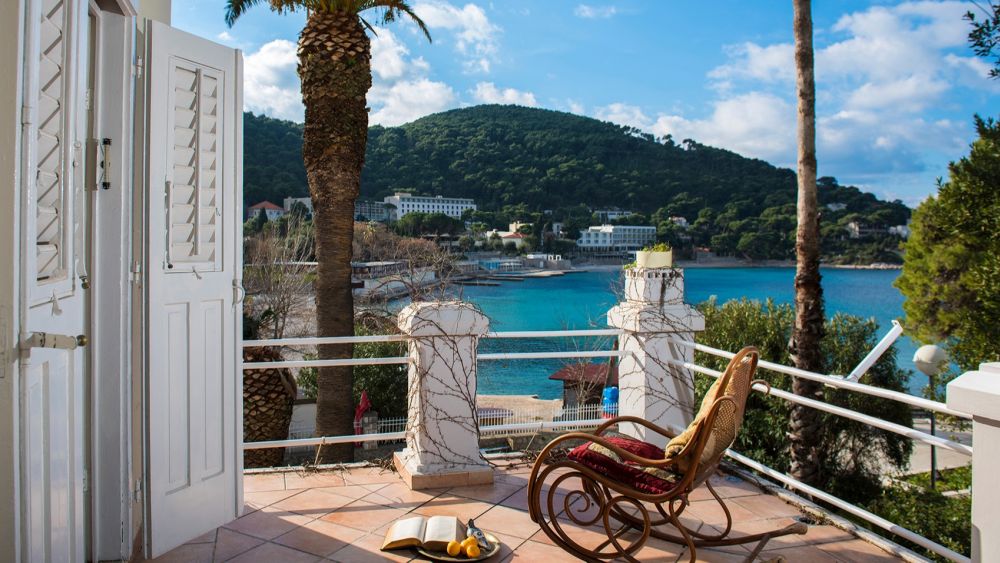 Babin Kuk
Babin Kuk, or literally translated "Grandmother’s hip,” is a green suburb 4 kilometres from the Old City of Dubrovnik. Babin Kuk is a peninsula and therefore has many beaches and probably the best coastal walks in the city. It is a suburb that contains quite a few resorts and hotels, as well as a small shopping centre and of course restaurants and café bars. Thanks to its rich Mediterranean vegetation and wonderful Adriatic Sea views it feels a little away from the hustle and bustle of the main city centre. It is also THE place to see the magnificent sunsets.

Gruž
In many ways the cultural hub, as well as the transportation hub, of the city. Gruž is a lively suburb that is well within reach of the Old City, either on foot, or by the regular bus services. Why is it the transportation hub? Because the main bus terminal and the Port of Dubrovnik are both located in Gruž. For foodies there is also the main Gruž green market, which is the busiest and largest farmer’s and fish market in the city. It has a creative side as well and many start-ups and funky new bars, businesses and restaurants are located in this vibrant district.

Directly outside of the historic old City of Dubrovnik the Pile suburb is a charming area with architecture to match the façades of the Old City. The Bay of Pile has great views over the city and cafés and restaurants. The cobbled side streets are always a great place to get lost and although you are right on the doorstep of the city and the main location for buses and taxis there is a feeling of being away from the crowds. Most of the time in Pile you’ll have the wondrous Lovrijenac Fortress on your horizon, the only fortification of the Dubrovnik City Walls that is not connected to the main walls. It was also a major player in the popular HBO series "Game of Thrones”, so you might know it as the Red Keep. A great spot for a coffee after, or indeed before, exploring the sights of the Old City.

Ploče
Sometimes referred to as "Millionaires Row” the suburb of Ploče is south of the city and probably has the best views of the city, especially in the evening as the sun sets. Ploče is largely a residential area, but is also home to some of the best-known hotels in the city. With unspoilt views of the Adriatic Sea, the island of Lokrum and the stone walls of the Old City it’s a great spot to unwind. There are also several lovely beaches and cafes, shops and restaurants.

A residential district of Dubrovnik located around 7 kilometres north of the Old City. Mokošica is located on the banks of the Ombla River and has both river views, marina views and over the Dubrovnik Bridge. The backdrop of this suburb are the soaring mountains which surrounded the suburb. A regular bus service connects Mokošica with the city. And in the close vicinity is the ACI Marina in Komolac. Around 8,000 people live in Mokošica.

Located in a picturesque bay Zaton is around 8 kilometres north of Dubrovnik. The deep bay is one of the most settled in the south of Croatia and is a haven for yachters looking for a charming spot to drop anchor. With a range of seaside restaurants, quick tip try the fish and seafood, cafés and water sport opportunities. There are also many nice walks around Zaton and thanks to the 3-kilometre-long bay is has many swimming spots.