How to get to Dubrovnik 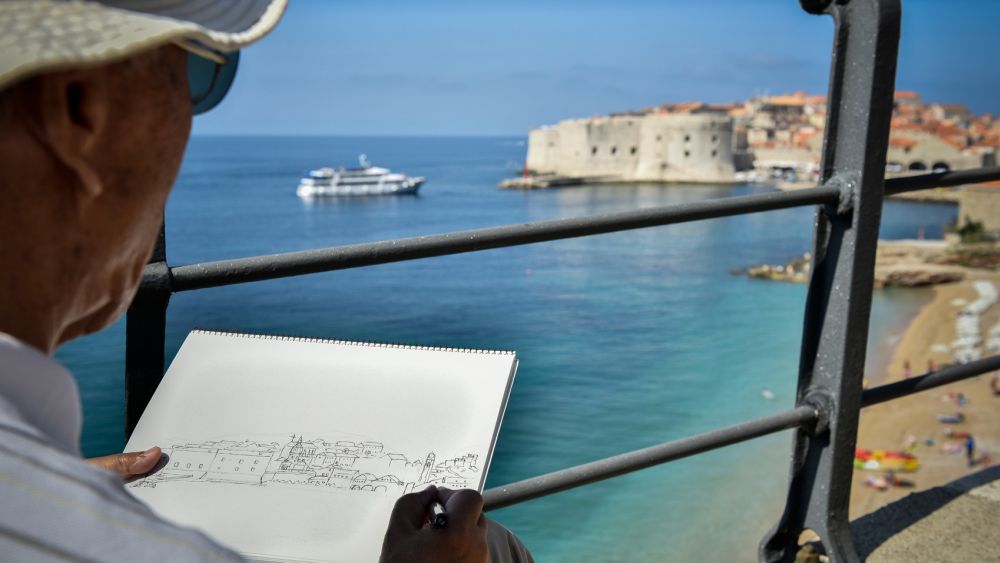 Dubrovnik Airport is only around a 30-minute drive from the centre of the Old City of Dubrovnik, and there are various ways to travel from the airport to the city.
Airport Shuttle Bus – right in front of the arrivals terminal there is a bus stop that takes passengers directly to the Old City and then the main bus station. This bus service leaves every 30 minutes.
Public Bus Service – again right in front of the mania arrivals terminal is a bus top for the public bus company – Libertas (heads up they are orange buses). The schedule changes due to the season and a one-way ticket is 28 Kuna. More info here - http://libertasdubrovnik.info/en/index.php
Korkkyra shuttle - The bus transfer from the airport to Korcula passes through the following places: Orasac, Slano, Prapratno, Trpanj, Orebic, Korcula, Lumbarda, Brno and Vela Luka. Departures are up to 8 times a day after the arrival of scheduled flights.
By car – if you've rented a car from the airport the main offices of the rent-a-car are opposite the arrivals terminal building and across the car park. Driving to Dubrovnik from the airport normally takes around 30 minutes but in the summer it can take twice as long.
By taxi – the taxi rank is directly in front of the terminal building. There is actually a taxi price list, or tariff list, showing destinations and prices inside the terminal building so check it out before getting into the taxi. Make sure to agree the price with the driver before actually getting in the taxi. Again it is around a 30 to 40-minute ride.
Arrival by bus
The main bus terminal in Dubrovnik is located in the suburb of Gruž, right next to the Port of Dubrovnik. If you’ve arrived on an intentional bus line, then there are plenty of buses leaving the terminal for other parts of the city on a regular basis. You can either buy tickets on the bus or at the kiosk in the terminal. You can find more info here - https://www.autobusni-kolodvor-dubrovnik.com/en/

The Port of Dubrovnik is located in the Gruž suburb of the city and is approximately a 30 to 40-minute walk to the historic Old City centre. In fact, you can walk from one side of the city to the other in less than an hour. More info here - http://www.portdubrovnik.hr/?lan=en
On Foot
From the Port of Dubrovnik to the Old City of Dubrovnik is approximately a 30 to 40-minute walk. It is relatively straightforward to find your way from the port to the Old City however it can get hot in the summer months.
Bus
The public bus company in Dubrovnik, Libertas, runs a frequent service towards the Old City as well as other destinations. The public transport service in Dubrovnik is clean and well organised and most of the buses inside the city run a regular service. The bus ride from the Port of Dubrovnik to the Old City (Pile) takes around 10 to 15 minutes depending on traffic. There is a bus heading to each part of the town every 10-20 minutes. All the city buses are numbered and the number is visible on front and on the back of each bus. Tickets can be bought at newspaper stands, the main bus terminal, some travel agencies and hotel front desks and are valid for 1 hour from the first use. Should you be in a hurry, tickets can also be bought in the bus, but the price is higher and it is advisable to have change as the driver doesn't handle large bills.
Taxi
Directly in front of the Port of Dubrovnik there are numerous taxi ranks and the ride will last for between 7 and 10 minutes depending on the traffic. The fare from the port to the Old City ranges between 80 and 120 Kuna. Taxis also offer panoramic rides.


Get to know Dubrovnik