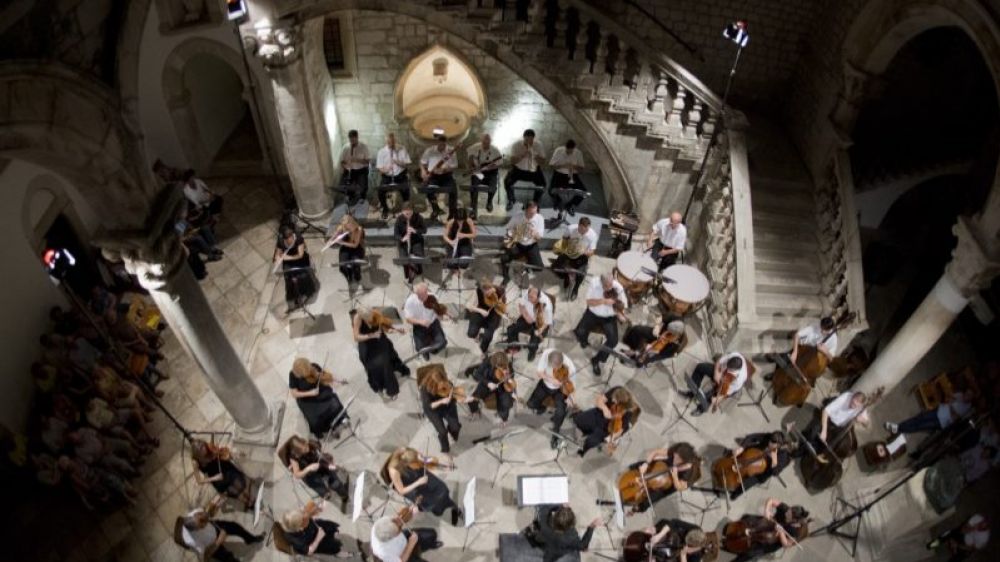 You might find it hard to believe that Dubrovnik, a relatively small city, has its own full-time professional symphony orchestra, but it does. And these talented musicians are one of the high points of the Dubrovnik cultural scene. They always have a busy calendar of events and the Orlando Furioso festival is always popular. "Restoring the spirit of baroque music within the city walls is a highly demanding job,” states the orchestra, but we think they are doing a great job. 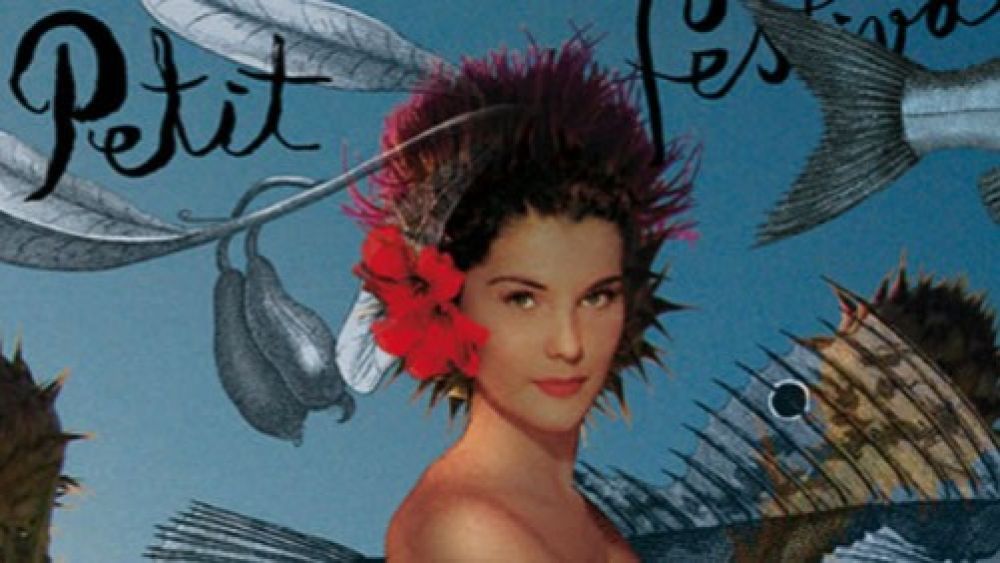 If it’s creativity you’re looking for then look no further than the Le Petit Festival du Théâtre! Since 2005 this festival has been bringing and indeed highlighting artists with a message from around the world. "Le Petit Festival du Théâtre is a unique and exquisite event that introduces contemporaneous poetics and aesthetics by way of various arts, crafts, and performances. Enjoyed by international audiences and, whenever possible, interactive with the artists, writers, scientists and designers,” state the organizers.

Ana in the City – music festival 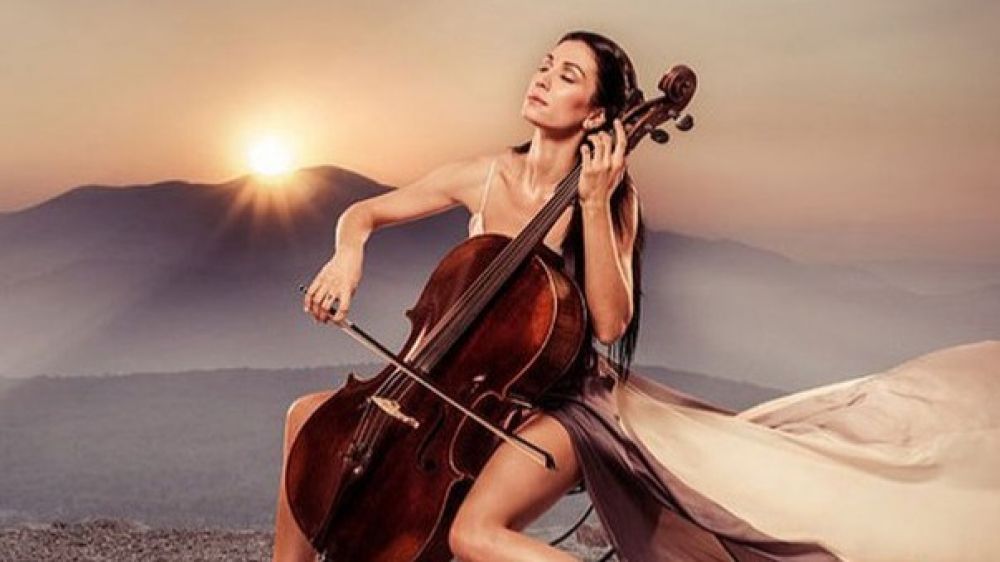 Ana Rucner, a cellist with a style all of her own, holds her Ana in the City music festival every year in Dubrovnik, and it has a rather funky twist. The opening event of this festival is something you’ll never forget, although you’ll have to be an early bird. On the first day of summer, June 21, Ana holds a unique concert on the top of Srđ mountain to welcome to sun. Yes, as the sun slowly rises over the mountains in the background you’ll be listening to delightful classical music whilst gazing down on the pearl of the Adriatic. Now that’s how you celebrate summer!

You can find more info on the website of Ana Rucner  - http://anarucner.com/hr/ana-u-gradu/ 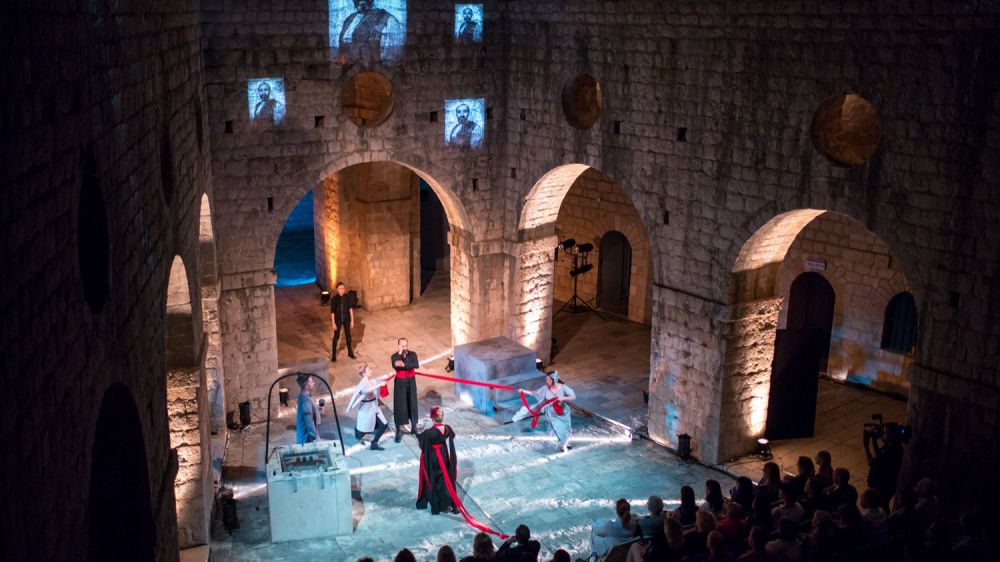 A real gem in the annual cultural calendar in Dubrovnik, and one to red ring in your diary, or Google diary. The Midsummer Scene Festival (yes, the clue is in the title) is a celebration of the great William Shakespeare in Dubrovnik. And it has a few aces up its sleeve. Firstly, the festival is held is probably the best stage in the whole city, in the magnificent Lovrijenac Fortress. This iconic fortress has a long history of playing host to Shakespeare, if you go you’ll see why. And secondly, the whole festival is in English, which helps if you are here for a couple of months and don’t have time to learn Shakespeare in Croatian. And if that wasn’t enough the festival is a co-operation of both British and Croatian theatre artists.

You can find more info on the website of the Midsummer Scene Festival - https://midsummer-scene.com/ 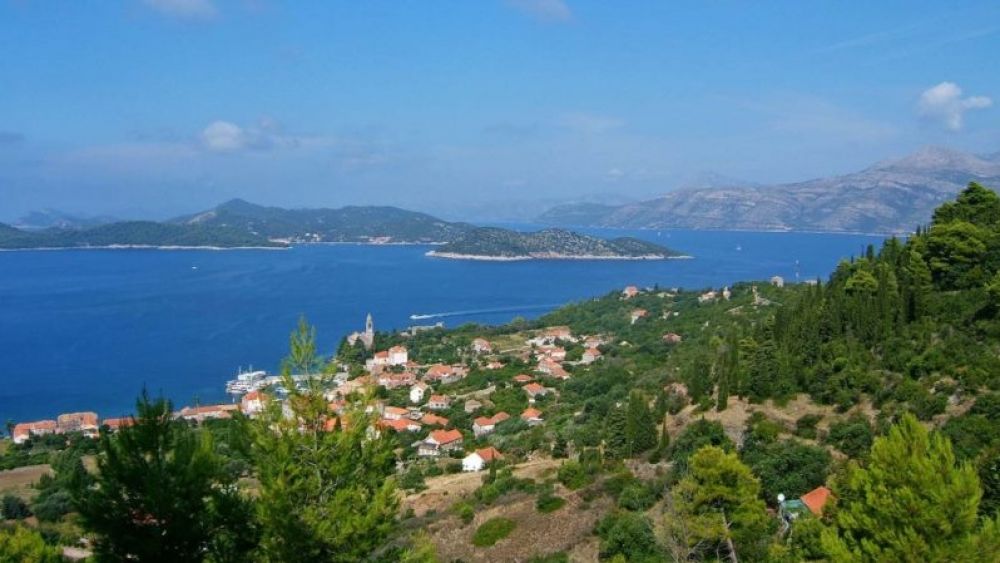 Yes, another festival where the clue is in the title. This long running program of events is organised every summer by the City of Dubrovnik and the Dubrovnik Tourist Board and aims to spread the love, and indeed fun, around the region. It’s clear that Dubrovnik and the historic Old City are a magnet, not just for tourists but also for events, so the tourist board came up with this special program to involve and include other destinations. Every year has a different program and every year is special in its own way, but to give you a better idea of what to expect the festival concentrates on traditions from the south of Croatia. So if it’s music, it’ll be Dalmatian vocal groups, or Klapa, if it’s dance its folklore, yes you get the idea. The program of events is held on the Elafiti islands, and in Zaton and Orašac, as well as other destinations.

There is more info on the website of the Dubrovnik Tourist Board, and we’ll keep you informed closer to each date so that you won’t miss a thing. 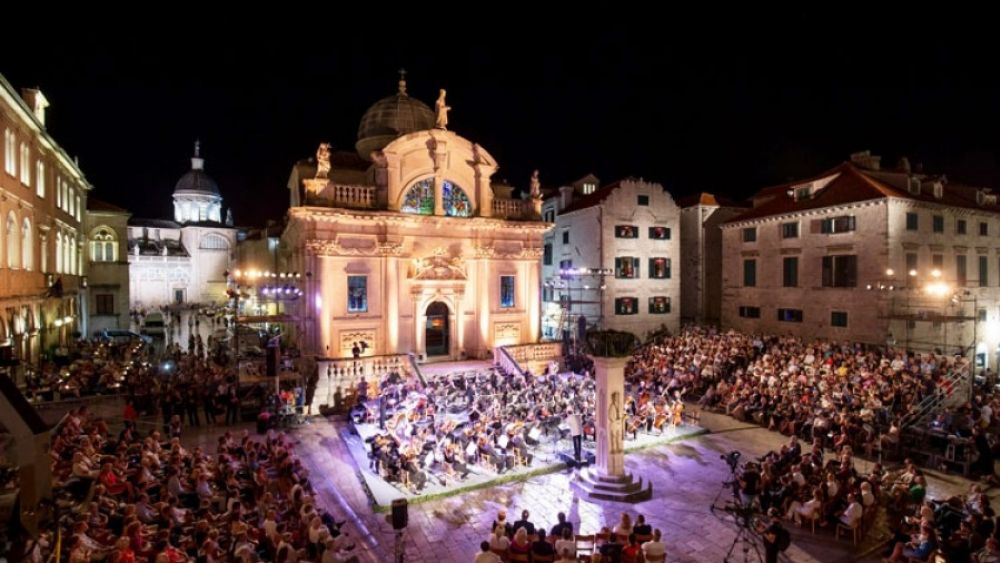 We really need a fanfare to introduce this one, let’s go with "ta-da.” The biggest, the longest, the most impressive, the oldest (is that enough superlatives) festival in Dubrovnik. The Dubrovnik Summer Festival is the jewel in the cultural crown of the annual event calendar in the city. From the 10th of July until the 25thof August the whole city is transformed into a stage. All the world’s a stage, sorry William but we’re going with All of Dubrovnik is a stage! Since 1950 the Dubrovnik Summer Festival has been playing in front of packed audiences. As far as the program is concerned it would probably be easier to write what the festival doesn’t include rather than what it does. Dance, music, art, exhibitions, film, local, national, international. Put a big red circle in that diary! 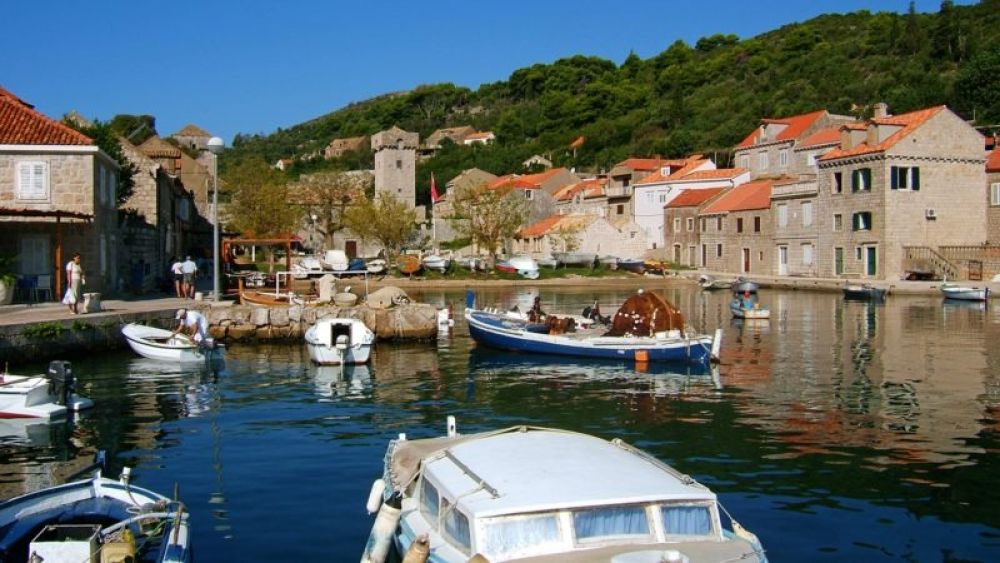 Let’s just set the scene! Location – the glorious island of Šipan (yes, a film festival on an island). Cast – international films. Crew – festival guests from Germany, Croatia, Bosnia and Herzegovina, Slovenia and the United Kingdom. Lights, action, camera. Cinema in the open-air surroundings of this spectacular Mediterranean island.  Under the auspices of the City of Dubrovnik, the film festival in Šipanska Luka usually present ten films each summer. And in 2021 the festival had a rather special guest (don’t expect this every year) Hans Solo, sorry, Harrison Ford.

You can find more info on the website of the festival 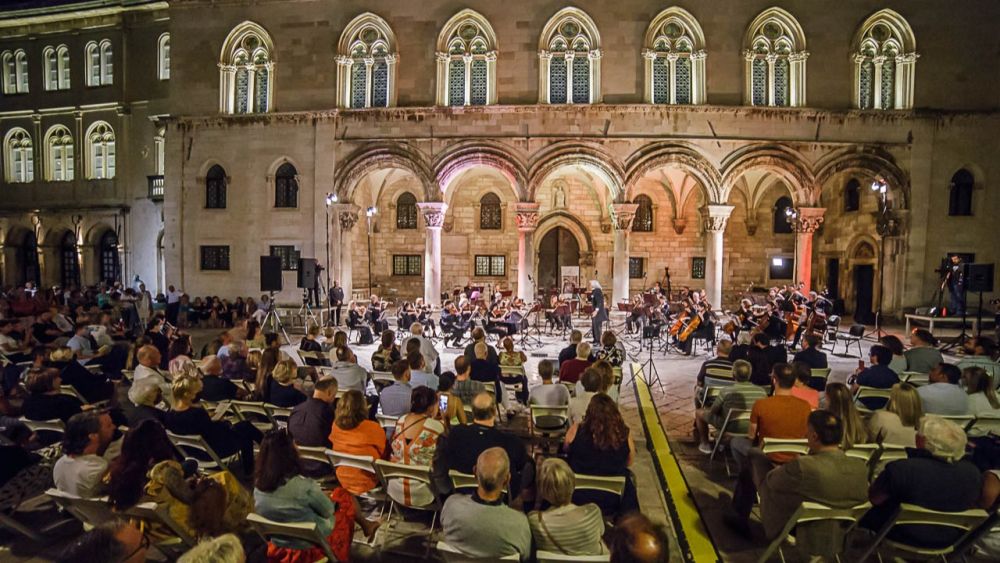 Music in Dubrovnik! Yes, you’ve guessed it, it’s those guys and gals again from the Dubrovnik Symphony Orchestra. The International Late Summer Music Festival Dubrovnik started back in 2013 and has quickly forged its mark on the annual cultural calendar of the city, and for good reason. The Dubrovnik Summer Festival comes to an end and another great festival starts, it’s a long summer of events in the city. International artists and local heroes come together for over a month in Dubrovnik and this year will be the ninth year that the music festival has been held. "The Festival has gained the audience’s loyalty from the very beginning, which participates in concerts held in front of the Rector’s Palace or in its atrium,” states the organisers. 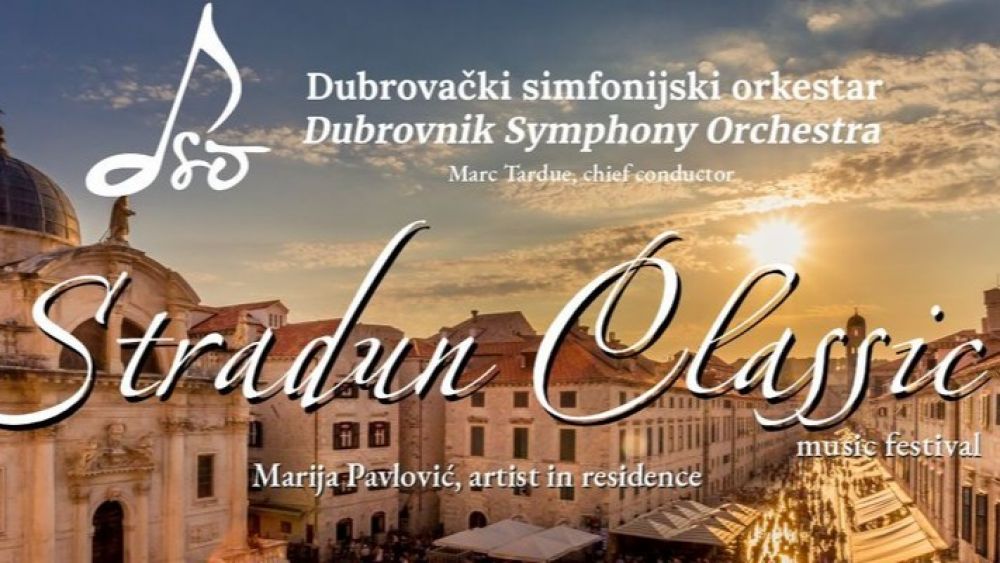 This classical music festival is the brainchild of clarinettist Marija Pavlović and has been up and running since 2018. The festival traditionally gathers international names of classical music in the unique space of the Rector’s Palace in Dubrovnik. "It is a top chamber music festival that brings together internationally renowned musicians who play at chamber music concerts and as soloists with the Dubrovnik Symphony Orchestra,” state the organisers. 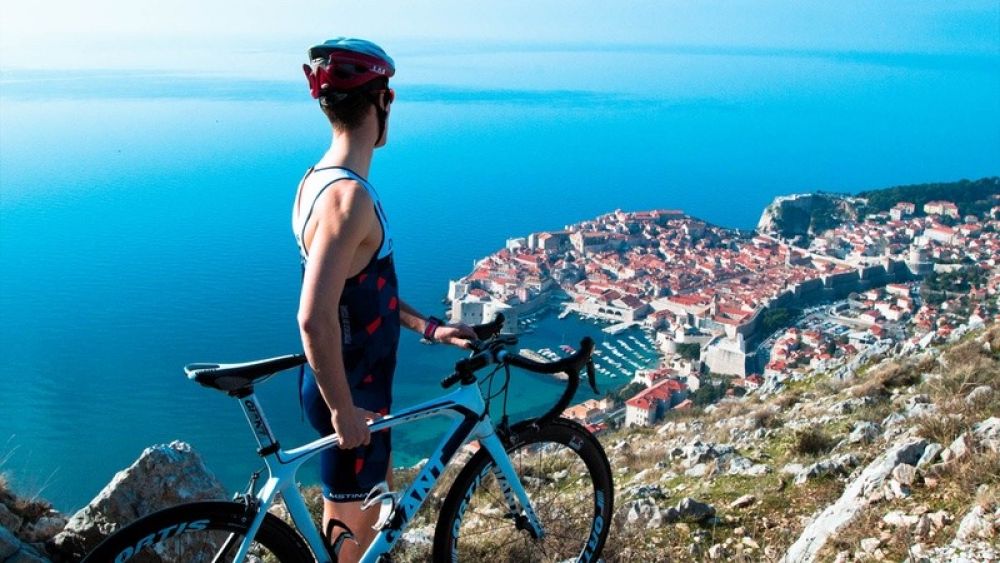 Let’s get physical! It isn’t just cultural events, but sporting ones as well that are held in Dubrovnik and this is a great one. No, it’s not the 70’s rock band, Earth, Wind and Fire, it the Dubrovnik Triathlon, Earth, Sea and Fire. It’s a race that has amazing backdrops, and it’s also open for all categories, from beginners to ironmen and ironwomen. There is a whole list of differing events and differing distance in this sporting celebration, so get your running boats on and get ready for mid-October.

More info on the website of the Dubrovnik Triathlon 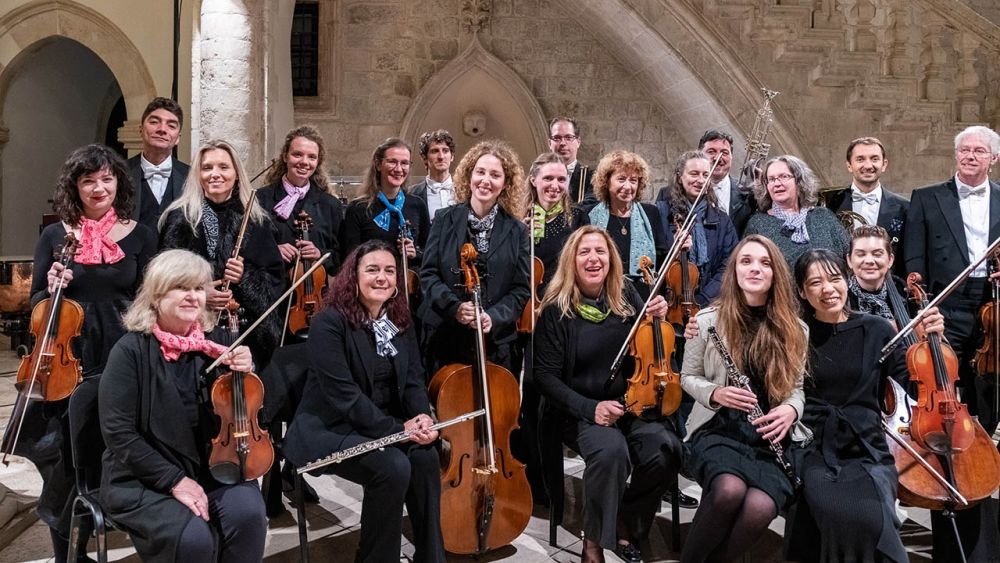 Summer might have gone but that doesn’t mean that the cultural program in Dubrovnik has come to an end, far from it in fact. Autumn Music Variety opens the musical events in the autumn with the Dubrovnik Symphony Orchestra at the helm of another great festival. "Dubrovnik Symphony Orchestra musicians regularly stand out with this program by holding their own solo concerts, with guest appearances by renowned conductors from Croatia and the surroundings,” writes the orchestra. With five or six concerts in this short (but sweet) festival the venues are the rector’s palace, the Dubrovnik Cathedral and churches around the Old City. Variety is the spice of life. 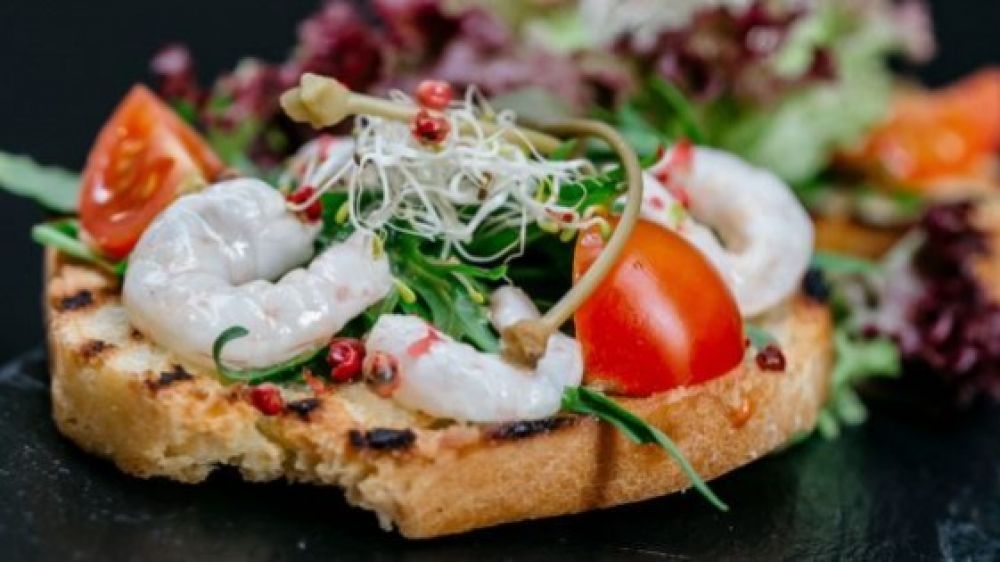 Food, glorious food! The Dubrovnik Good Food festival is one of the tastiest festivals in the city. A real smorgasbord of culinary and fine wine events that the whole city embraces. This project was developed by the Dubrovnik Tourist Board and has quickly found itself as one of the most popular festivals in the whole region and beyond. Summer may well have packed its bags but this is a great excuse (if indeed you need one) to visit Dubrovnik in the off-season. Culinary specialties typical for the region, educational programs for children, tastings of regional wines, culinary workshops, and events such as "Dinner with a famous chef”, workshops on preparing Dubrovnik delicacies, special menus in Dubrovnik restaurants, an "Eat & Walk” culinary tour of the city, as well as other scrumptious surprises. Are you feeling hungry yet? 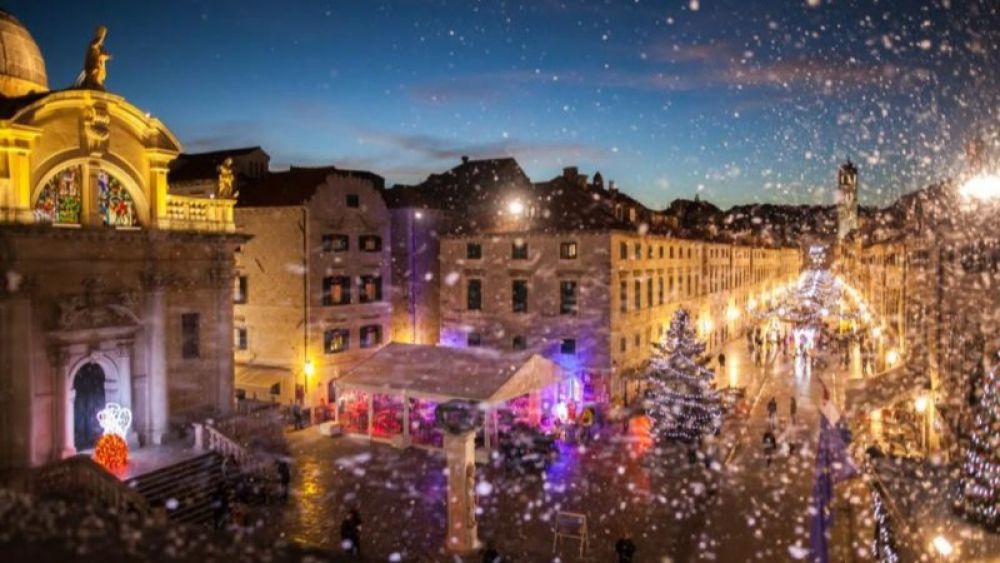 Ho, ho, ho! Winter in Dubrovnik has a magical feel and this is empathized by the Dubrovnik Winter Festival. Can you imagine those iconic city walls, those magnificent façades and those attractions all wrapped up in festive lighting and Christmas decorations? Come to Dubrovnik for the Winter Festival and you won’t have to imagine, you can live it! With festive stands offering traditional festive foods and drinks dotted all through the historic Old City, a Christmas program of events and concerts it is fun for all the family. You’ll fill your social media with unique festive photos, although don’t expect too much snow. 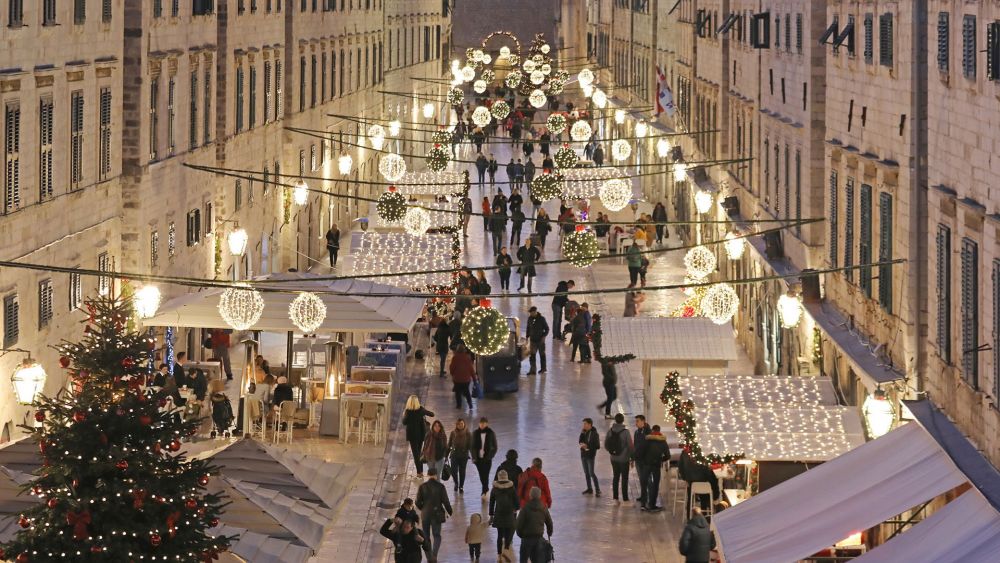 The program of Dubrovnik’s winter festival – Advent in the City – begins with the lighting of the first Advent candle. The uniqueness of Dubrovnik is also visible during the month of giving. 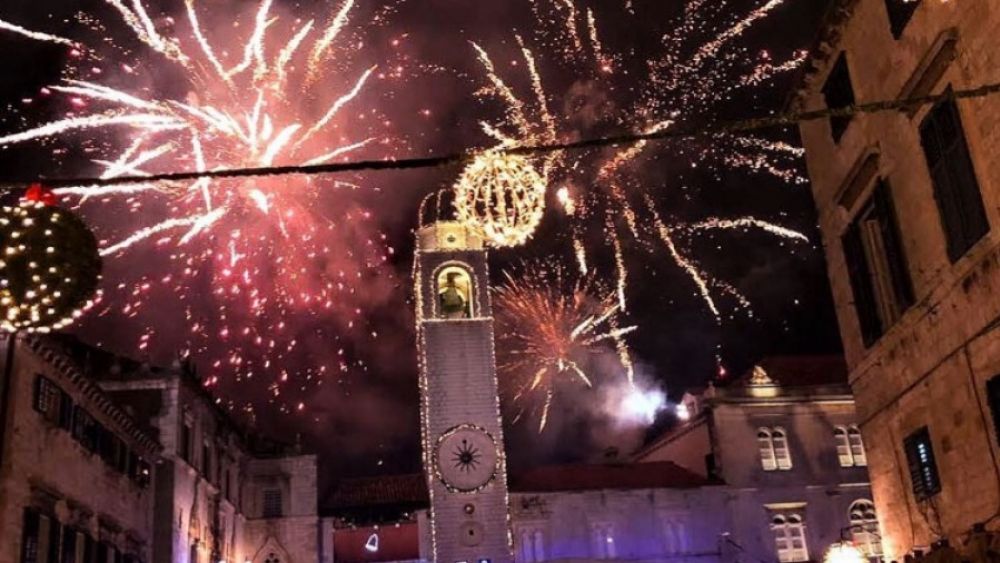 Dubrovnik’s many visitors will bring in New Year’s 2023 while entertained by a spectacular music programme which will already begin in the morning hours of December 31st, New Year’s Eve. The New Year’s program includes a diverse, entertaining three-day program, in which everyone will find something interesting. The New Year will begin with the traditional New Year’s Day 10 km race, and a special treat will be a concert of the Dubrovnik Symphony Orchestra, paired with oysters and champagne, beginning on New Year’s Day at noon. Now that’s a New Year period you’ll never forget.